If we follow the path outlined in the CLCPA, New York families will experience severe financial pain. Undoubtedly, those who can least afford it will suffer the most. Most NY families don’t have the disposable income to pull out a perfectly functioning gas boiler or furnace, even if there are incentives. They can’t afford the sudden expense of an electric car. That’s one reason it’s so important to explore improvements that can be made with existing fuels.

There are three main areas where implementation of the CLCPA will likely result in big, new expenses for NY families and businesses: taxes, heat pump conversion, and increased energy rates.

Learn the real cost of "cap-and-invest"

The CLCPA Scoping Plan calls for a program called “cap-and-invest.” It sounds simple enough, but when you peel the covers back, you find a carbon tax on fossil fuels — even cleaner burning ones — to artificially make them more expensive. This would affect anyone who buys gasoline, natural gas, propane gas, heating oil or electricity (since any electric utility that uses fossil fuels would have to pay this tax and pass it on to the consumer). A similar plan introduced in 2021 called for the tax to increase yearly to make it harder and harder for people to use their existing heating systems.

Under “cap-and-invest,” you would have to pay more to drive your kids to school, get to work, take a shower, cook dinner or simply stay warm in your own house. The first version of this plan called for households to pay about $750 annually to start, with the pain increasing every year. Over 10 years, it is estimated to cost NY homeowners more than $20,000* for heating fuel and gasoline. It can be expected to show up in increased rent as well.

For more, check out “Cost of Cleaner Air Could Be Another 55 Cents Per Gallon,” which appeared in the Times Union, in April 2021.

Although the specifics of its financial penalties remain hazy, the CLCPA implementation will almost certainly involve some form of a surcharge. Initially, fossil fuels will be banned from new construction. By 2030, existing homes will likely face penalties for heating with natural gas, propane gas or heating oil furnace.

Proponents of heat pumps like to say that it only costs $7,000 to install a new heat pump. But that’s incredibly misleading. A single head heat pump might heat/cool a room or two. But an entire house? Get ready to shell out upwards of $20,000+ for a complete conversion. It is no simple thing.

Results reported from three different heat pump conversion programs run by the New York State Energy Research Development Agency (NYSERDA) and the Massachusetts Clean Energy Center (MCEC) confirm that typical homeowners would need to pay $20,000-$25,000 for a whole house conversion to heat pumps. A high efficiency gas furnace might cost ⅓ to ½ of this. Now consider that NY already has the 9th highest electric rates in the country.

And cost doesn’t even address how uncomfortable many people feel using a heat pump in cold temperatures. It simply cannot provide the strength, consistency or quality of heat that a furnace or boiler does. Perhaps that’s why the Boston Globe reported that despite significant incentives, less than 500 homes had been converted to Heat Pump in MA in 2020, despite a goal of 100,000 per year.

Learn more about the increase to all energy rates

Most advocates of electrify everything don’t even try to argue that costs won’t rise. In fact, they’re counting on it.

NYISO is the independent system operator that manages New York state's bulk power system and wholesale energy market. Speaking about the massive infrastructure investments that will be needed to “maintain reliability of the system as the grid radically changes,” Dewey has submitted to regulators a carbon-pricing plan to add a “yet-to-be-determined price into every energy market transaction.”

So expect the cost of natural gas, electricity, oil and gasoline to rise, along, no doubt, with electricity. NY already has the 9th highest cost of electricity in the entire US. The Indian Point nuclear power plant went off line in April 2021, just as electricity demand is scheduled to surge. Other sources of nuclear power are in danger of closure as well. How do you think that will affect electric rates?

Who will this hurt the most? 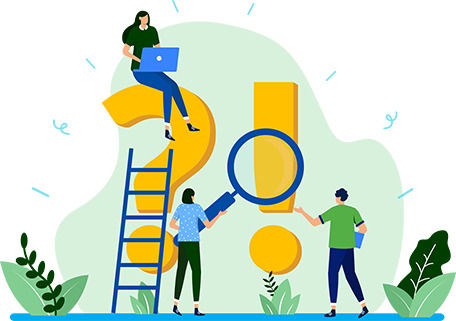 We need to ensure that the path to zero emissions doesn’t leave those least able to pay behind. The CLCPA purports to be focused on the interests of everyday families, but the reality is less reassuring. Wealthy residents have the means to pay new taxes and cover pricy system conversions. Some lower-income households may receive subsidies for updates. But a considerable number of working and middle-class families will have to shoulder the cost of this law.

Everyday NY families have less disposable income to cover the huge costs of converting to heat pumps, even with expected incentives. They can’t afford the sudden expense of an electric car to avoid additional taxes. Many families can expect to drain their savings to comply with this law.

The truth is that when families have access to a reasonable number of choices among low- and zero-carbon fuels, including natural gas, propane gas and biofuel heating oil, they can choose those that work for their income.

Speak up for your energy future and reach out to your legislators.